Based on real-world data, this simulation tests participants’ ability to balance their budgets and their humanity.

Will you sacrifice one for the other?

This year, nearly 600 students from 147 universities in 27 countries took part in the NASPAA-Batten Student Simulation Competition. Participants competed at 11 global host sites from Dhaka and Cairo to Mexico City and San Francisco. Developed by experts at the University of Virginia’s Center for Leadership Simulation and Gaming, this year’s simulation, Host Nations, was built using real-world data and challenged students to work together to manage a migrant influx in a fast-paced environment.

Judges at each site selected 13 winners from the 116 competing teams based on simulation scores, negotiation skills, and policy presentations. From these finalists, a panel of four prominent global experts recently has identified the Global Winners of this year’s competition.

Congratulations to all the students who participated in the competition, to all site winning teams, and to the top three teams listed below! This is an outstanding accomplishment! 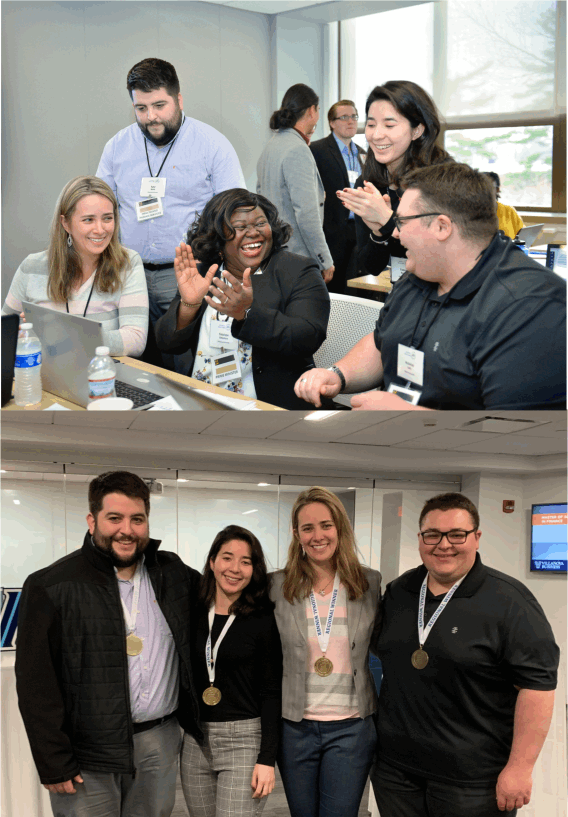 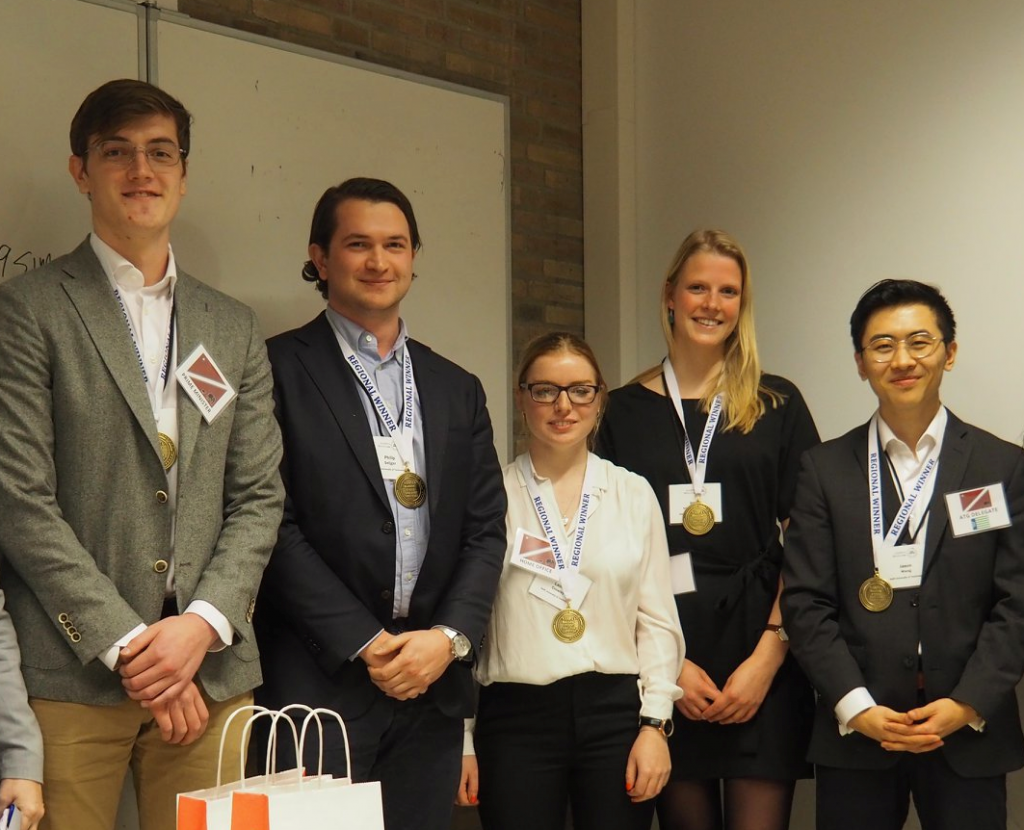 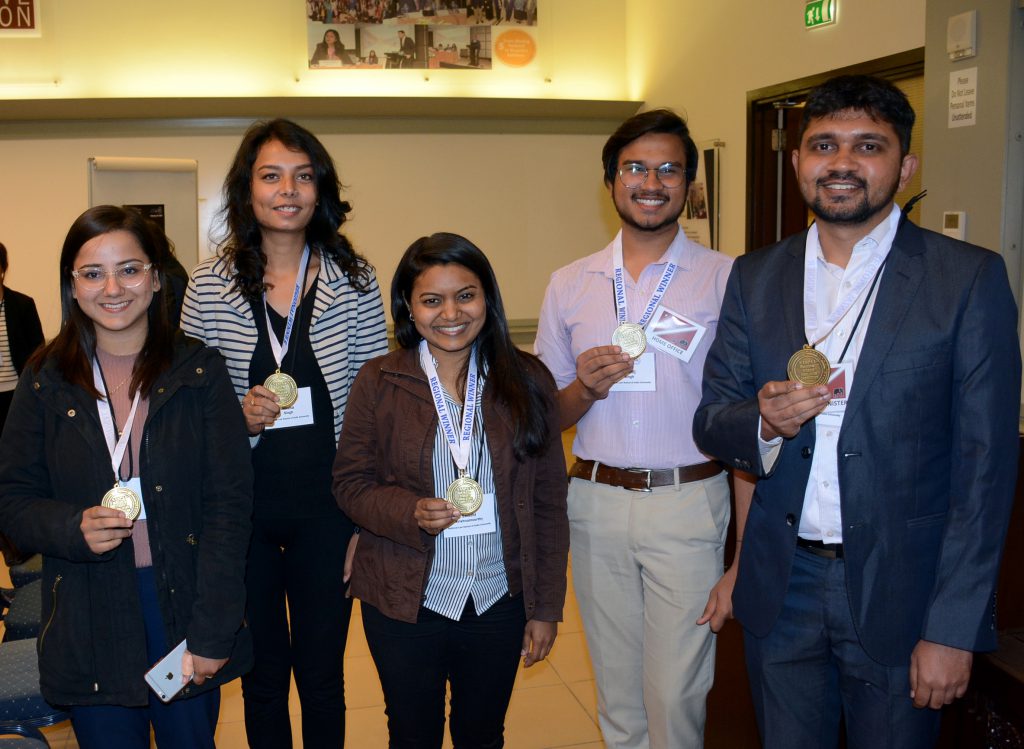 This year’s global judges thoroughly reviewed the final presentations, policy memos, and video presentations of the 13 site winning teams. They assessed teams’ critical reasoning skills, creativity, use of data, organization, and application of a public service perspective to decision making.

The global judges, who reviewed the final presentations and memos completely blind, were extremely impressed with all the teams who made it to the top round. The competition was very close.

However, what made the top team stand out was its unique applicability of a public service perspective to policy and decision making. This team devised an exceptional communications strategy, campaign messaging, and focused on the humanitarian nature of the refugee crisis. Well done! 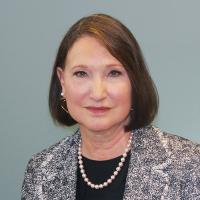 Kathleen Newland is a Senior Fellow and Co-Founder of the Migration Policy Institute. Her focus is on the relationship between migration and development, the governance of international migration, and refugee protection. She is also the Founding Director of the International diaspora Engagement Alliance (IdEA) during its incubation phase at MPI from 2011-13; IdEA was established as a partnership among MPI, the State Department, and U.S. Agency for International Development. She is a Member of the MPI Board of Trustees.

Previously, at the Carnegie Endowment for International Peace, Dr. Newland was a Senior Associate and then Co-Director of the International Migration Policy Program (1994-01). She sits on the Board of Overseers of the International Rescue Committee and the boards of directors of USA for UNHCR, the Stimson Center, Kids in Need of Defense (KIND), and the Foundation for The Hague Process on Migrants and Refugees. She also is a Chair Emerita of the Women’s Commission for Refugee Women and Children.

Prior to joining the Migration Program at the Carnegie Endowment in 1994, Dr. Newland worked as an independent consultant for such clients as the UN High Commissioner for Refugees (UNHCR), the World Bank, and the office of the Secretary-General of the United Nations. From 1988-92, shewas on the faculty of the London School of Economics. During that time, she also co-founded (with Lord David Owen) and directed Humanitas, an educational trust dedicated to increasing awareness of international humanitarian issues. From 1982 to 1988, she worked at the United Nations University in Tokyo as Special Assistant to the Rector. She began her career as a researcher at Worldwatch Institute in 1974.

Dr. Newland is author or editor of nine books, including All at Sea: The Policy Challenges of Rescue, Interception, and Long-Term Response to Maritime Migration (MPI, 2016); Developing a Road Map for Engaging Diasporas in Development: A Handbook for Policymakers and Practitioners in Home and Host Countries (MPI and International Organization for Migration, 2012); Diasporas: New Partners in Global Development Policy (MPI, 2010); No Refuge: The Challenge of Internal Displacement (United Nations, 2003); and The State of the World’s Refugees (UN High Commissioner for Refugees, 1993). She has also written 17 shorter monographs as well as numerous policy papers, articles, and book chapters.

Dr. Newland is a graduate of Harvard University and the Woodrow Wilson School at Princeton University. She did additional graduate work at the London School of Economics. 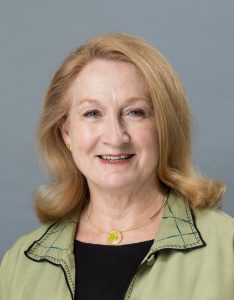 Ruth Ellen Wasem is a Professor of Policy Practice (Clinical Professor) at the Lyndon B. Johnson School of Public Affairs at the University of Texas, where she teaches courses on immigration policy and legislative development.

For more than 25 years, Wasem was an immigration policy specialist at the U.S. Library of Congress’ Congressional Research Service. She has testified before Congress
about asylum policy, legal immigration trends, human rights, and the push-pull forces on unauthorized migration. Wasem earned master’s and doctor’s degrees in history at the University of Michigan, largely funded by the Institute for Social Research. Wasem is currently writing a book about the legislative drive to end race- and nationality-based immigration. From this research, she has written “The Undertow of Reforming Immigration,” for A Nation of Immigrants Reconsidered: The U.S. in an Age of Restriction, 1924-1965, (University of Illinois Press, 2019). Other recent publications include “Immigration Governance for the 21st Century,” in the Journal of Migration and Human Security, (Sage, 2018); “The US Visa Waiver Program: Facilitating Travel and Enhancing Security,” (Chatham House, 2017), “Welfare and Public Benefits” in American Immigration: An Encyclopedia of Political, Social, and Cultural Change, 2nd Edition, (M.E. Sharpe, 2014), and Tackling Unemployment: The Legislative Dynamics of the Employment Act of 1946 (Upjohn Institute Press,
2013). Dr. Wasem is an opinion contributor on immigration-related topics to The Hill newspaper.

Dr. Wasem is a graduate of the University of Michigan and Muskingum College.

Mr. Showvik Das Tamal is a human rights lawyer with particular expertise on strategic humanitarian response and policy advocacy. He will act as a “Global Super Judge” in his personal capacity and not as representative of the United Nations.

As voluntary social engagement, Mr. Das contributes to the governance structure of a renowned NGO Action Aid International as a member of its International Board.

Mr. Das studied forced migration at the University of Oxford, United Kingdom. Prior to starting his career with the United Nations he completed his LL.M. (Masters in International Human Rights Law) and LL.B. (Graduation in Law) at University of Dhaka.

Thomas is Migration Policy Group (MPG) Research Director. Thomas joined MPG in 2006, and since 2018, he coordinates research and communications. On behalf of MPG, he chairs the EU’s migrant education network (SIRIUS) and the quarterly migration meetings of the EU NGO Platform on EU Asylum and Migration (EPAM). He is also the coordinator of MPG’s Migrant Integration Policy Index (MIPEX), the European Website on Integration (EWSI), the VoteBrussels campaign and the Transatlantic Migrant Democracy Dialogue.

Stay up to date

The countdown to competition day is on! Hear about our sites, pre-registration, as well as associated NASPAA and CLSG events.